Does this scenario feel familiar? Marisa is 12-and-a-half years old. She has become moody and irritable, wants much more private time alone in her room, but spends it all socializing with friends on social media. She has little time for the family. She will “agree” to eat dinner with her mother, father and younger brother but retreats to her room as soon as she finishes eating but before the meal is over.

She makes nasty comments for no apparent reason. What parents intend to be innocent questions are met with Marisa rolling her eyes, giving the parent the finger and walking away. On a regular basis, Marisa complains that her parents are too controlling and do not give her any freedom. Her parents feel helpless — they have tried reason and being more available to talk or help but this has had either no effect or has generated another dose of nastiness. Marisa routinely interacts with them as if they had the plague or leprosy, turning away dramatically at any effort to hug or kiss her.

The tension puts everyone on edge; little issues are magnified and turn into arguments. Her mother and father fight about what should be done (more and stronger punishment versus more and better understanding). In addition, there is the concern about neglecting David, her 9-year-old brother, who is getting less attention and is seeing all this going on.

If any of this mirrors the situation in your home, do not despair. Many things can be done about your teenager’s behavior and attitude — none of them is surprising, but each has to be implemented in a specific way. To get to them, though, it is important to first understand the misconceptions about a teenager’s behavior and attitude that often prevent us as parents from being effective.

1. Your teenager’s behavior is deliberate.

It may be of little consolation, but your teenage daughter has little control over the bad attitude. She is not manipulating you on purpose or spending all that time in her room scheming about new ways to annoy you. In fact, she too is a victim — of all sorts of biological and psychological changes over which she has little control. She is going through a rollercoaster of adolescence, and you are on the ride with her.

As an important example of what is going on, the brain changes are extensive: more rapid development of the brain areas and functions that increase impulsivity, risk-taking and being influenced by peers. Those areas of the brain structure and functioning that we wish would be well established, such as self-control, restraining oneself and making decisions rationally, are coming online more slowly and will not be more fully developed until later adolescence. Teenagers can experience these changes differently. But it is important for parents to know that their teenagers cannot simply turn them on or off based on something we say or do. 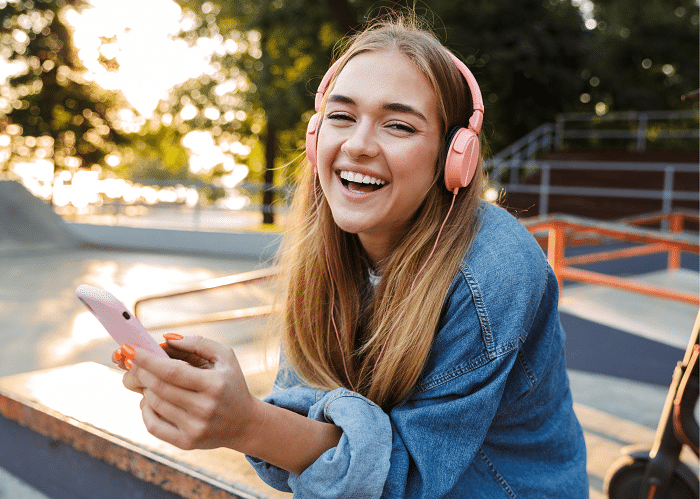 2. Reasoning with the teenager will help.

Increased insight as to what is going on with a teenager is just not likely to make any difference in behavior and attitude. This is not limited to teens. Reason rarely persuades anybody to do things we know we should do — such as exercising or avoiding fast foods. It is even less likely to work with your teenager, considering all those developmental changes.

However, it is wonderful to be reasonable with your teen. It demonstrates for them a way of thinking, handling conflict and solving problems, and it can have longer-lasting effects on how your eventual adult approaches life. Plus, it does not escalate the stress between you and your teenager, thus damaging the relationship. It is easy (and important) to hug and say “I love you” when all is well. Being reasonable and caring at times of crisis is a little more difficult, but no less important.

3. Punishment will change the behaviors and attitudes you want to get rid of.

The natural response for us is to show the teen that the difficult behaviors we do not like have consequences and to teach a lesson. Punishing teenagers also may help us contend with the frustration that nothing else seems to be working. But punishment, from mild (brief timeout, brief loss of privilege) to more severe (reprimands, shouting, huge losses of privileges, hitting), is not likely to make any changes in their behavior or attitude in the short- or long-term. In the case of adolescents, punishment may make the situation worse. Teenagers may simply isolate themselves even more and have even less time with the family and in the presence of a parent. That will decrease the chances of a positive influence. 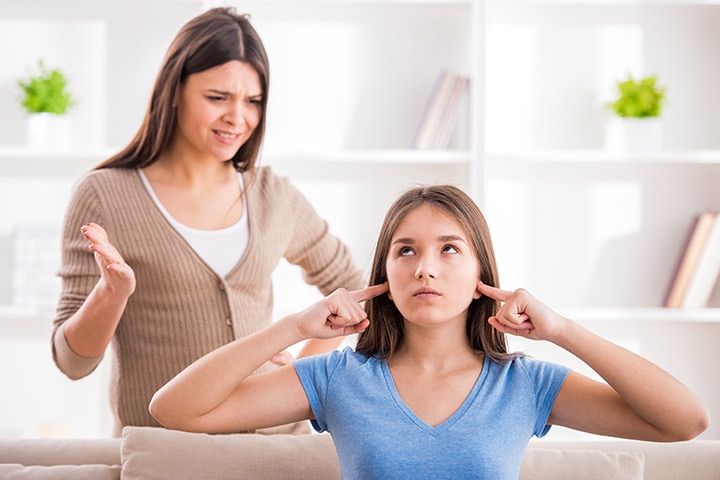 1. Pay attention to the good times.

There are moments where the teen just talks regularly or nicely, maybe on the way to or from a meal or in any mundane daily activity around the house. You can decrease the bad behaviors and attitude by attending (systematically providing attention) to these positive moments. That will increase the proportion of times in the home when there is reasonable and civil behavior. Try to “catch” your teenager being reasonable. Specifically, go over to your adolescent immediately after some ordinary conversation or comment, and say quietly something like, “It is so nice to talk with you,” or “Thanks for talking so nicely.” If you can pat your teen, that nonverbal addition is great, but if your teen is avoiding you, just do a high-five or thumbs up in the air, as a gesture of approval. It is important not to shout this attention or praise across the room. That may embarrass them. Do this quickly and quietly (one sentence should do it) and go right back to what you were doing. Try this for about three weeks, once or twice a day and you ought to see clear changes in their behavior and attitude by then.

If you feel that you have to punish a teenager and cannot let things go, use very mild punishment. Probably loss of a privilege (TV, smartphone, tablet, going out) is the most reasonable approach with teenagers. But it should be brief — one night or one day. More is not better or more effective and can lead to worse side effects (escape, avoidance, stronger emotional reactions). Punishment by itself will not make the changes you wish. But if you combine very mild punishment with much more attention to the positive behavior, that can help and not cause more escape and avoidance of you. 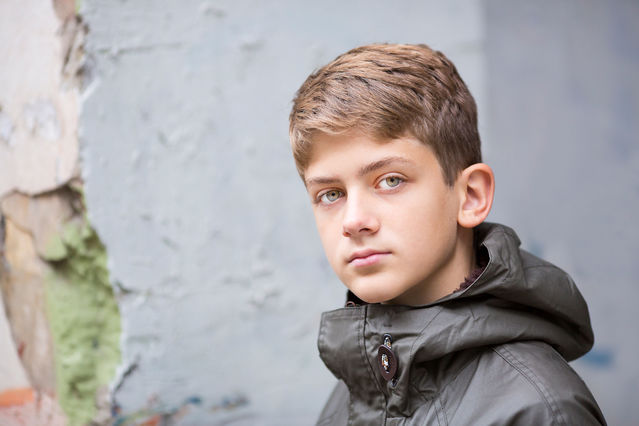 Teens often feel that they have no freedom at all and that parents are too controlling. Do not bother to argue about this; perception of the lack of freedom is what is important here. Think of things you can compromise on to provide a little more choice and freedom. Both of those are likely to increase overall cooperation of your teenager. Perhaps you can be more flexible in hairstyle, clothing or food. The challenge is to select some things you have said “no” or “absolutely not” to in the past. Parents often worry about a “slippery slope” — if I give a little here, it will not end. Probably the reverse is true. If you can show your ability to compromise and give your teenager a little more freedom, you will be more effective in areas you cannot compromise. As a guide, parents should compromise on things that are not likely to be permanent.

4. Remember this is about what works

Understandably, you may be asking, Why do I have to tip-toe around my adolescent and provide attention and praise, after all I have done for her or him already? You are right, but we are talking about what you can do to be effective. If you feel you do not need these other parenting strategies or that this is asking more of you than you are willing to do, you can make the call. However, if you can attend to the “positive opposite” — that is, the good behavior you wish to increase — that will make a difference and decrease your teen’s bad behaviors and attitude. Many of these recommendations follow from research on how to change child and teen behavior. But as the teen changes, stress in the home will greatly decrease, and family relations will improve.

This year, I’m staving off holiday loneliness with Thanksgiving episodes of old sitcoms

More education may not protect against dementia

Pie crusts and pearls: the unexpected return of the Sloane Ranger